Sim Wong Hoo, Singapore's first tech billionaire, who recently passed away, had a theory about what was holding his country back.  He called it NUTS, for "No U-Turn Syndrome."
According to the WSJ, he said that "in the U.S., drivers would make a u-turn unless a sign told them not to. But in Singapore, drivers wouldn't dare unless it was expressly allowed."
He felt that this mentality kept them from thinking outside the box.
© 2023 Praveen Puri
Posted by Praveen Puri at 2:41 PM

"The purpose of goals is not to improve the future. The future doesn't exist...Judge a goal by how well it changes your actions in the present moment. A bad goal makes you say 'I want to do that some day.' A great goal makes you take action immediately."

I'm really proud of my son Anshul.
He and his teammates entered the Congressional app challenge and created an app that helps animal shelters get supplies.  They won!

There is 1 winner for each Congressional district.  They won for the 14th district.  Now, they get to go to Washington DC to showcase their app to Congress, and it will be displayed at the U.S. Capitol.

Southwest's Christmas Disaster: It was the Software, Not the Weather!

Even though most of the U.S. received a major winter storm just before Christmas, all the other airlines recovered relatively quickly, but Southwest was a nightmare.
They had to cancel the majority of their flights for almost a week to get back on schedule.
The problem is Southwest's software systems.  They are out of date, and designed for a much smaller airline.  As Southwest grew, they failed to scale up their tools and systems.  As a result, their planes and customers where stuck at the airports, while their crews were stuck waiting for assignments.
They had a matching / assignment problem.
Back in the middle 90's, I consulted with United Airlines on their software system that determined which flights to cancel, in order to minimize disruption.  It was complex software that had been specially built for them.  Southwest, I've read, used some generic, off the shelf package that they customized. 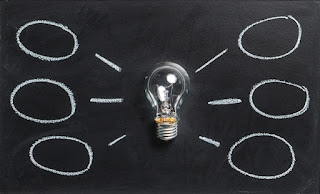 When it comes to workplace effectiveness, there is a vicious circle:
1. Fires are continually flaring up, and employees are struggling to keep up with work as usual.
2. They have no time to spend improving processes.
3. It gets harder to complete day-to-day activities.
The way out of this trap is to take an #agile approach, and focus on analog vs digital thinking. This means that, instead of taking an all-or nothing approach (formal improvement program or bust), be willing to ease in.
Use bottom up #iteration and trial-and-error to slowly improve individual bottlenecks.  As you start improving bits and pieces of processes, you'll free up more time, and can tackle more improvement.
© 2022 Praveen Puri
Posted by Praveen Puri at 10:33 AM

I recently read that some companies with hybrid work schedules are starting to rent space on a timeshare model.  For example, one company has the space Mondays, Wednesdays, and Fridays.  Another company has the same space on Tuesdays and Thursdays.
This model works especially well for start-ups, who tend to only need laptops and cloud access.  It probably isn't appropriate for companies that store a lot of confidential materials on site.
© 2022 Praveen Puri

A new trend: phD economists are now in demand in Silicon Valley.
According to a recent Economist article, in 2020, one in seven new phD grads went to work at tech companies (up from less than 1 in 20 in 2018).
Also:
Tech companies are hiring them to work on business problems such as pricing, product development, and strategy.  They also value their skills in working with data and stats.
© 2022 Praveen Puri
Posted by Praveen Puri at 10:53 AM