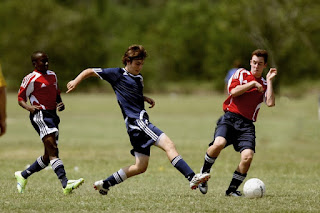 When professional sports resume, they plan to play in empty stadiums.

Today, in the WSJ, I read about how teams are looking at what a Tunisian soccer team from 7 years ago did.  Back then, large gatherings were banned because of the Arab Spring protests.  So, the team had to play in an empty stadium and fans had to watch on TV.

They created an app that fans could download, which was tied to 40 speakers in the stadium.  As the fans watched on TV, they could click on the app.  The more they clicked, the louder piped-in music was played in the stadium.  So, even though the sounds themselves were fake, it was actually the fans reacting in real time.

Not only did the players hear it, but it created a feedback loop because the fans watching on TV could hear it.

This is just one example of how countries and companies are looking at what others did in the past, under similar conditions