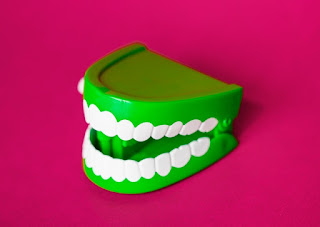 Photo by rawpixel.com from Pexels

Last night, I read a fascinating article in the Economist about how anthropologists wanted to figure out if Mayan human sacrifice victims were local (hence volunteers) or slaves captured from further away.

Their method was to analyze ancient teeth from the sacrificial pit, and determine the ratios of oxygen and strontium isotopes.  As a chemistry refresher, an isotope of an element has the same number of protons, but different neutrons.  For example, oxygen atoms have 8 protons, but they can have 8 or 10 neutrons, for a total of 16 to 18 particles.  For strontium, it can be 86 or 87 total particles.

The isotopes are useful for determining geography because, in the case of oxygen, since O18 is heavier than O16, it is more likely to fall first when storms move from the sea onto land.

So, by measuring the ratio of isotopes in the teeth, they could determine the relative locations of where the victims grew up.  The surprising conclusion was that victims were both local and from other areas.  But for me, the method is the most interesting thing.

Praveen Puri is the Strategic Simplicity® expert who has delivered over $400 million in value. He helps clients identify the key changes that result in dramatic improvement. Visit PuriConsulting.com
Posted by Praveen Puri at 4:53 PM