The Top Mistake I Made As A Company Founder 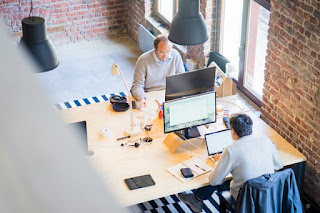 Back in 1999, during the original dot com boom, I founded ListWeasel.com, and was CEO.  We wanted to allow authors and publishers on Amazon.com (which was still just a book seller) to offer commissions to website owners who would sign up and advertise their books on their sites.

Our big mistake was that we didn't see that Amazon could easily set up their own commission program—which they did (Amazon Associates).  Where we had to advertise and attract both authors/publishers and website owners, Amazon could simply offer commissions on all their book listings.  Because of the traffic on their site, they could advertise the program and easily attract website owners.

This is a recurring theme in technology.  A small company is founded to service a gap in the offerings of larger companies, then the large company simply extends their offerings to close the gap.  Microsoft, for example, saw how smaller companies were providing tools and networking capabilities that weren't available with DOS and early versions of Windows.  Then, they added those capabilities into future versions of their products.

By early 2001, in less than 2 years, we shut ListWeasel down.  Luckily, I was the only full time employee, but the people working for us either part time, or as contractors, lost a source of their income, just when the recession was deepening.  More importantly, we felt a loss from the time and creative energy we had invested.

For me, I ended up becoming a tech executive at a large bank and, 13 years later, launched my strategy consultancy.  In hindsight, I can say that the experience of founding ListWeasel.com was very valuable, and certainly not a waste.

Praveen Puri is the Strategic Simplicity® expert who has delivered over $400 million in value. He helps clients "weaponize" simplicity and bridge the gap between strategy and execution. Visit PuriConsulting.com
Posted by Praveen Puri at 11:05 AM